Portia Trenholm-Hamlar is the second daughter of the late Dr. and Mrs. Harper Councill (1900-1963) and Portia Lee (1907-1999) Trenholm, Sr. Portia and her siblings grew up with the privileges of children of a college president (Alabama State Teachers’ College for Negroes, now Alabama State University in Montgomery.). Yet, these privileges were restricted within the confines of “legal” segregation laws, popularly called “jim crow.” 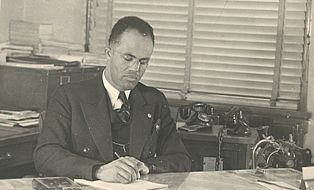 Portia and her siblings grew up with the privileges of children of a college president. Yet, these privileges were restricted within the confines of “legal” segregation laws, popularly called “jim crow.” For example, she could not ride her pony in all of her riding habit on the horse trail in the well-appointed Oak Park and Zoo, just two blocks from the campus. The park was for “Whites Only.” Portia had to ride her pony in her restricted backyard. She could only view the zoo animals by walking around the outside tall, wrought-iron fence. To reiterate emphatically: Black people were not allowed inside the park-zoo.

The President’s Home, affectionally known as “The House on the Hill,” was a commodious two-floor abode with a veranda, screened-in sun-porch, six bedrooms, two baths, a private telephone booth, a spacious living room with a bookcases flanking the living-room fireplace with a Steinway piano before the fireplace, and a dining room that could seat twenty-four guests. Many dignitaries, like Marian Anderson and Roland Hayes, were overnight guests in the home. There were no hotels for Black patrons.

The taboo of Whites and Blacks to be in the same social circle was driven home when a White Alabama Board of Education member visited the “House on the Hill” before Portia’s wedding to present her with a gift. It was obvious that the board member had no intention to attend the wedding. Portia, a creative lady in art and music, was also creative in her protests against “jim crow” laws, customs and mores. She received the gift with a mere “thank you.” But her thoughts registered her long-term protest. “I stared at him for a long moment and struggled to not hit this man on the head with his precious candleholders brought to me before the wedding. I left his gift on the Steinway grand piano and walked out. I still have those bronze candleholders. I have never had the heart to polish them.” (Sense of Humor, manuscript biography of Dr. Portia Trenholm-Hamlar).

Portia employed another unique protest. She often walked to downtown shopping district. Riding the bus was forbidden by her parents to avoid the certain humiliation of riding in the back of the bus as the only place for Black passengers and from the insults of the bus driver. While in the downtown dress shops, as a college president’s daughter she could select several outfits of clothes and accessories. Of course, as a Negro, she could not try on the clothes in the store’s dressing room. She placed her selections on a display rack. The store manager would deliver the selected items to the Trenholm Home the following day. This silly and cumbersome process was to accommodate racist Whites of their not seeing Black women and girls try on clothes that Whites may purchase, but would not since Black skin tried on the clothing. When the clothes arrived at the home, Portia tried on all of the clothes, paraded up and down the mirror and then selected outfits she wanted to keep. She always sent all of the outfits, except for one, back to the dress shop. Black skin had touched all of the clothing that was again displayed in the dress shop for White women and girls to try on in the dressing rooms. Portia got a big laugh out of this racist nonsense.

The “House on the Hill” served as a secret, protective haven for the late Dr. Martin Luther King, Jr. (1929-1968) after the King parsonage home was bombed during the height of the 1955 Montgomery Bus Boycott. Portia’s mother, for whom she was named, placed her car in the “people’s car pool” during the 1955 Montgomery Bus Boycott to transport boycotters to and from work. These acts of courage could have easily been “cause” to “legally” fire Dr. Trenholm or at worst, if known, to bomb the “House on the Hill” by the hands of rabid racists, who were sanctioned by the White power structure as the extra-legal violent arm to keep “Negroes in their place.”

Portia’s formal education from kindergarten to undergraduate studies was on the campus of Alabama State Teachers’ College for Negroes. With what Portia called a “race scholarship” (the state of Alabama gave all Negroes a scholarship to pursue graduate studies anywhere except at the White universities and colleges in Alabama…a costly proposition to maintain segregation), she earned her Master’s degree in Clothing and Design at Michigan State University in East Lansing. She, also, completed an additional year of graduate study in Organ and Church Music at the University of Michigan in Ann Arbor. Music has always been Portia’s passion. Considered a “life-long learner,” Portia earned her teaching certificate and qualified to be a legal secretary by taking courses in short-hand, typing and computer science. She went on to earn her law degree, and then a second Master’s degree in Public Administration.

Scope and Content
The Portia Trenholm-Hamlar Collection is a thematic arrangement of materials that document her family life when her father, Dr. Harper Councill Trenholm, Sr., was president of Alabama State Teachers’ College for Negroes, now Alabama State University, to the present time. Her Personal Papers include materials of her grandfather, Dr. George Washington Trenholm who, also, was president of the college prior to her father and of her siblings, photographs, awards and plaques, rare books and other small artifacts.

Dr. George Washington Trenholm Papers include News Articles, the Dedication of a High School in His Name in Tuscumbia, Alabama